The Man of Many Voices

John Tarangelo,  A.K.A. 'Johnny T', was born in the Bronx in 1954. He was
not there to witness the original wave of Rock 'n' Roll and Doo Wop, but he
managed to become involved with the resurgence from 1972 to the present.
At a young age, a local group noticed his tenor voice and for the first time
‘Johnny T’ (as he became known) performed in an organized Doo Wop group.
By 17 he was performing the local circuit with his group. He performed at the
New York Copacabana at the age of 19 and that same year was introduced
to the original bass vocalist of the Mystics — the beginning of a life-long
dream and a singing relationship with the popular 1950’s recording group.
The Mystics, known for their hits “Hush-A-bye,” “Sunday Kind of Love,”
and their remake of ​"White Cliffs of Dover,” dominated jukeboxes in the 50’s. 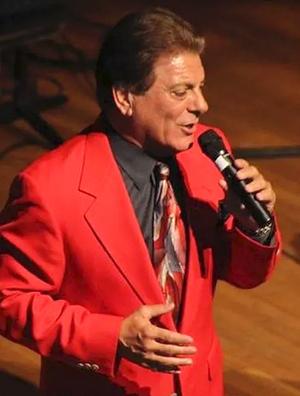 Johnny T also continued a successful career on Wall Street while performing.
The contacts and friendships with all the other major 50’s and 60’s groups
would become a lasting bond in the years to come. After almost 15 years
of performing and recording with The Mystics, Johnny T retired from
Wall Street and relocated to South Florida, where he presently resides.
He has produced countless local area Rock-n-Roll shows for the benefit
of many organizations. Johnny travels to the New York/New Jersey area to
perform and is featured at many Italian feasts. His voice, combined with
the rare video footage as presented in his show, allows the audience to relive
all their favorite artists and fondest memories. Johnny T brings down the
house with his amazing voice and sophisticated stage presence, singing the
​enduring classics of the 50’s through the 70’s. That is why everyone who
attends his performances recognize ​Johnny T as “The Man of Many Voices.”